1.        Summarize each of the following Bible books:  Acts and Ephesians
A.       Write a comparison of the church in these two Books
Acts tells the story of the Early Christian church, with particular emphasis on the ministry of the apostles Simon Peter and Paul of Tarsus, who are the central figures of the middle and later chapters of the book. The early chapters, set in Jerusalem, discuss Jesus' Resurrection, his Ascension, the Day of Pentecost, and the start of the apostles' ministry. The later chapters discuss Paul's conversion, his ministry, and finally his arrest, imprisonment, and trip to Rome. A major theme of the book is the expansion of the Holy Spirit's work from the Jews, centering in Jerusalem, to the Gentiles throughout the Roman Empire.
Equipping: This claim to purpose states that the author was writing to equip the saints to handle trials that they may face and to encourage them to emulate Jesus and his disciples when faced with similar situations.[15] Many who side with this view disagree that Luke portrays Christianity or the Roman Empire as harmless and thus reject the apologetic view because “Acts does not present Christians as politically harmless or law abiding for there are a large number of public controversies concerning Christianity, particularly featuring Paul.”[15] For example, to support this view Cassidy references how Paul is accused of going against the Emperor because he is “saying that there is another king named Jesus.”[15] (Acts 17:7) Furthermore, there are multiple examples of Paul’s preaching causing uprisings in various cities (Acts 14:2; 14:19; 16:19-23; 17:5; 17:13-14; 19:28-40; 21:27). By picturing Roman authority negatively proponents of this view believe that it is emphasizing the fact that Christian’s should obey and submit to Christ’s authority (Acts 4:19-20; 5:29). Cassidy proposed an ‘allegiance-conduct-witness’ theory to explain how Luke’s purpose lines up with the equipping claim. He believes that Luke’s purpose was to share his faith in Jesus, to provide guidance for living under Roman role and to inform believers of how to act if put on trial.[15] Furthermore, Cassidy believes that Luke’s work serves to “equip his readers to handle such trials” by providing examples of the disciples’ suffering and to encourage them to “show the same faithfulness of testimony when under trial as Jesus and the leading disciples.”[
The structure of the book of Luke[38] is closely tied with the structure of Acts.[39] Both books are most easily tied to the geography of the book. Luke begins with a global perspective, dating the birth of Jesus to the reign of the Roman emperors in Luke 2:1 and 3:1. From there we see Jesus' ministry move from Galilee (chapters 4–9), through Samaria and Judea (chs. 10–19), to Jerusalem where he is crucified, raised and ascended into heaven (chs. 19–24). The book of Acts follows just the opposite motion, taking the scene from Jerusalem (chs. 1–5), to Judea and Samaria (chs. 6–9), then traveling through Syria, Asia Minor, and Europe towards Rome (chs. 9–28). This chiastic structure emphasizes the centrality of the resurrection and ascension to Luke's message, while emphasizing the universal nature of the gospel.
This geographic structure is foreshadowed in Acts 1:8, where Jesus says "You shall be My witnesses both in Jerusalem (chs. 1–5), and in all Judea and Samaria (chs. 6–9), and even to the remotest part of the earth (chs. 10–28)." The first two sections (chs. 1–9) represent the witness of the apostles to the Jews, while the last section (chs. 10–28) represent the witness of the apostles to the Gentiles.
The book of Acts can also be broken down by the major characters of the book. While the complete title of the book is the Acts of the Apostles, really the book focuses on only two men: The Apostle Peter (chs. 1–12) and St. Paul (chs. 13–28).
Within this structure, the sub-points of the book are marked by a series of summary statements, or what one commentary calls a "progress report". Just before the geography of the scene shifts to a new location, Luke summarizes how the gospel has impacted that location. The standard for these progress reports is in 2:46–47, where Luke describes the impact of the gospel on the new church in Jerusalem. The remaining progress reports are located:
This structure can be also seen as a series of concentric circles, where the gospel begins in the center, Jerusalem, and is expanding ever outward to Judea & Samaria, Syria, Asia Minor, Europe, and eventually to Rome.

The main theme of Ephesians is “the Church, the Body of Christ.”
As a prisoner for the Lord, then, I urge you to live a life worthy of the calling you have received. Be completely humble and gentle; be patient, bearing with one another in love. Make every effort to keep the unity of the Spirit through the bond of peace.
—Ephesians 4:1-3
The Church is to maintain the unity in practice which Christ has brought about positionally. According to New Testament scholar Daniel Wallace, the theme may be stated pragmatically as “Christians, get along with each other! Maintain the unity practically which Christ has effected positionally by his death.”[5]
Another major theme in Ephesians is the keeping of Christ's body (that is, the Church) pure and holy.
Therefore be imitators of God, as beloved children. And walk in love, as Christ loved us and gave himself up for us, a fragrant offering and sacrifice to God.
—Ephesians 5:1-2
From Ephesians 4:17-6:20 the author of the Epistle to the Ephesians gives practical advice in how to live a holy, pure, and Christ-inspired lifestyle. Many devotional thoughts and sermons that are addressed to the practically minded individual have been drawn from this section of the New Testament, due to its nature as being good for application studies.
The major theme of the letter is the unity and reconciliation of the whole of creation through the agency of the Church and, in particular, its foundation in Christ as part of the will of the Father.
In the Epistle to the Romans Paul writes from the point of view of the demonstration of the righteousness of God — his covenant faithfulness and saving justice — in the gospel; the author of Ephesians writes from the perspective of union with Christ, who is the head of the true church. 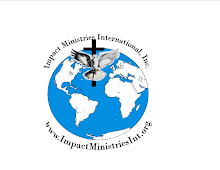